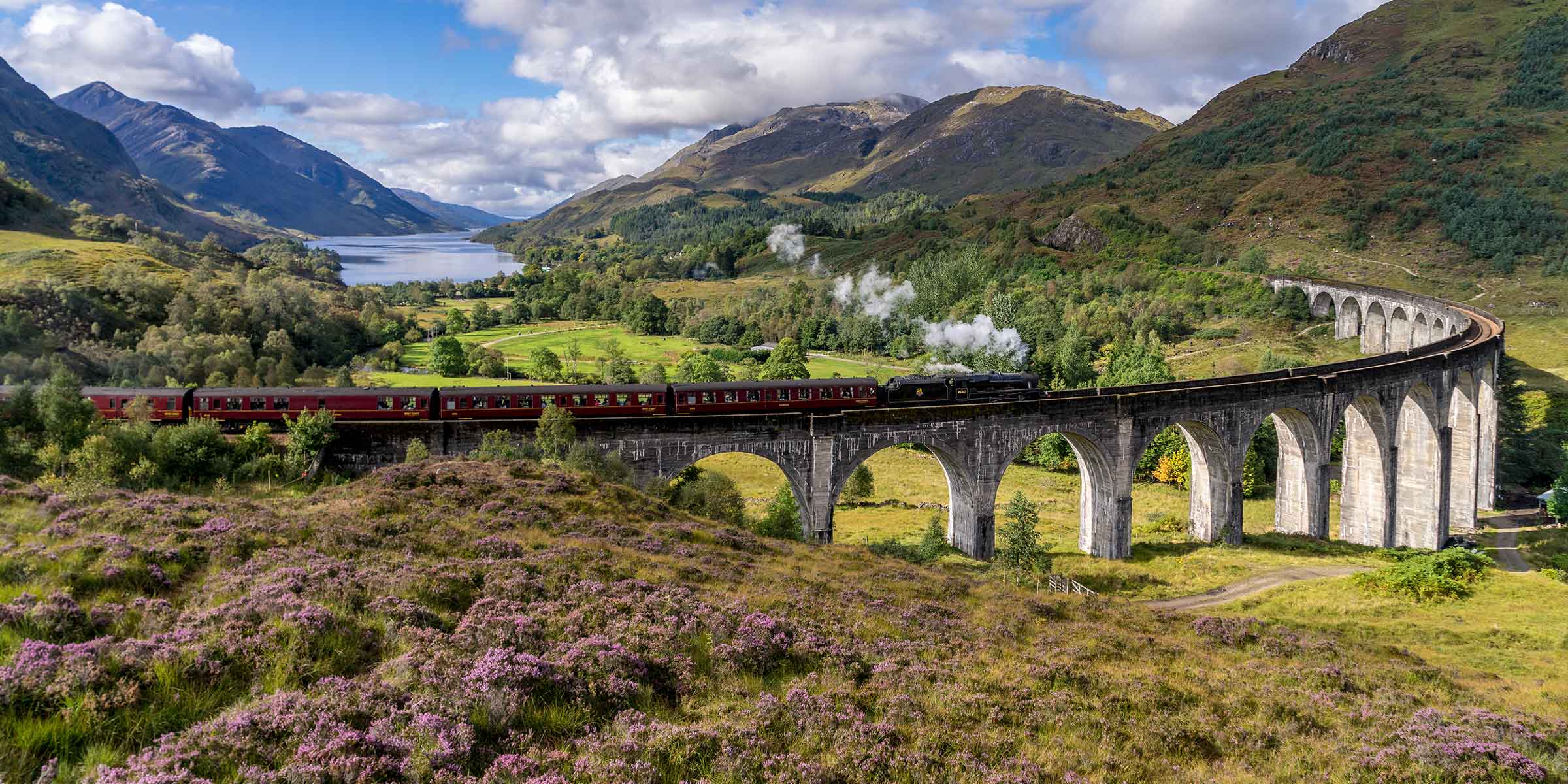 This locomotive was built by the North British Locomotive Company in Glasgow in 1949 to a design credited to A.H. Peppercorn. Arthur Peppercorn commissioned the class of 70 locos but the fundamentals of the design date back to the 1920s.

The heavy gradients of the West Highland Line demanded powerful locomotives and the famous Nigel Gresley (later Sir Nigel) designed firstly a very successful 2 cylinder 2-6-0 loco, classified by the LNER as a K2, then later an even more powerful 3-cylinder version for the purpose. This became the K4 class and 6 were built (one survives). The design was modified further by Edward Thompson (Gresley's successor at the LNER) and again by Arthur Peppercorn, the result being the K1 locomotive you see today.

The K1 presently caries the name 'Lord Of The Isles' which revives a name originally given to one of the K4s which regularly worked on the West Highland.

About the Black 5s:

Based at its home shed in Bury, Lancashire, 'Black 5' No 45407, 'The Lancashire Fusilier' has been a stalwart of northern charter trains for over a decade. It is no stranger to the West Highlands and has taken charge of The Jacobite for many years.

The LMS Class 5MT - The Black 5 - was an enormously successful design. The class is credited to William A Stanier, appointed CME of the LMS in 1932. In total, eight hundred and forty-two of this ubiquitous, mixed traffic locomotive were built, the majority by the LMS themselves at Horwich, Derby and Crewe, and some by contractors Armstrong Whitworth (as were the two to be seen on The Jacobite) and Vulcan Foundry. The first of the class was built in 1934 and the last in 1951. They worked for British Railways in almost every part of the UK. A relatively straightforward, 2 cylinder 4-6-0, they were economical to maintain and a firm favourite with many crews..

West Coast Railways reserves the right to use diesel traction if unforeseen circumstances dictate, this includes but is not limited to, the event of high fire risk, emergency operational incident or any form of mechanical failure experienced by the steam locomotive. This will only be done as a last resort by our train suppliers and as such no refund will be available to any party in the event of Diesel Traction being used on the day under such circumstances.

The train consists of first and standard class coaches. The coaches are all ex- British Railways' 1960s Mark 1s. The brake is a composite, (Brake, first and second class) compartments. The first class are open coaches (FOs), i.e. not compartments, and the second class TSOs (Tourist, Second, Open in railway parlance). The Scottish scenery is an important part of your day out on The Jacobite and the open coaches afford the best opportunity to enjoy the views.

During the filming of the Harry Potter films the children were seen travelling in traditional compartments. .