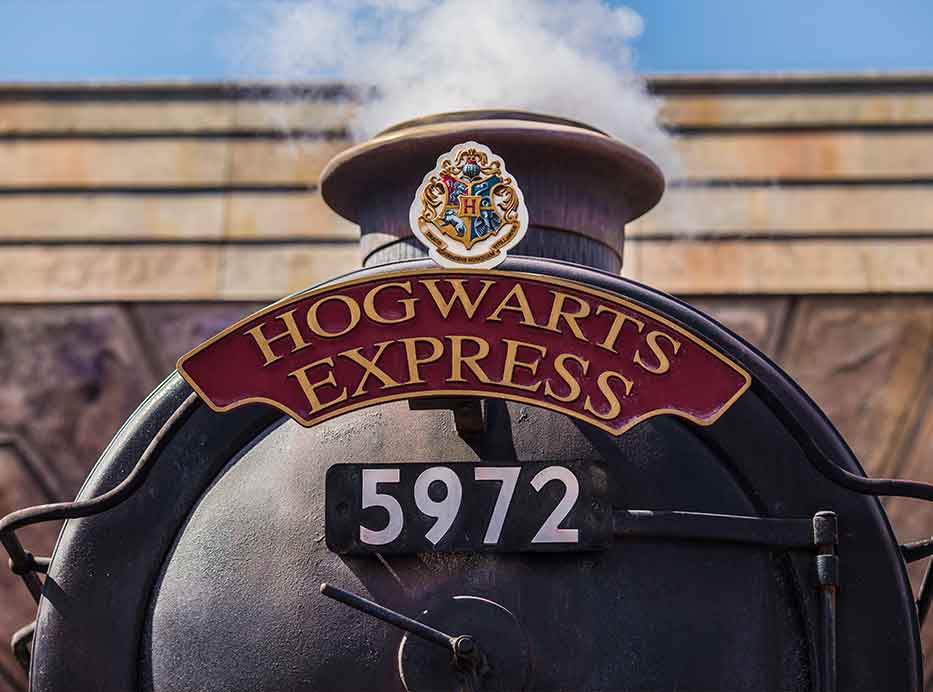 West Coast Railways supplied the engine and carriages used in the filming of the "Harry Potter" films.

Way back when, Warner Bros approached West Coast Railways in an effort to source a steam engine suitable to carry Harry Potter and his friends on the most magical of journeys, little did we know that whatever engine they chose would become the most famous locomotive in the world.

On arrival at our head office at Carnforth their attention was immediately drawn to GWR 4900 5972 Olton Hall, built in 1937 by Great Western Railways in Swindon more recently carefully restored to its original condition by West Coast Railways.

I think most people know the rest of this remarkable story. The Hogwarts Express as it is more commonly known, but christened 5972 Olton Hall is on show and available for all to see at Warner Bros Studio Tour in London.

In the movies Harry and his pals travelled in vintage MkI carriages on a 42 mile stretch of line between Fort William and Mallaig, known as the greatest railway journey in the world passing a list of impressive extremes including Britain´s highest mountain, shortest river, most westerly station and deepest sea Loch at Mallaig, also crossing the Glenfinnan Viaduct made famous by the Harry Potter films.

This journey lives on, with two trips a day, using some of the actual carriages used in the filming of these magnificent movies.

Below is a short video of the Jacobite steam train, following the same journey as "Harry Potter".