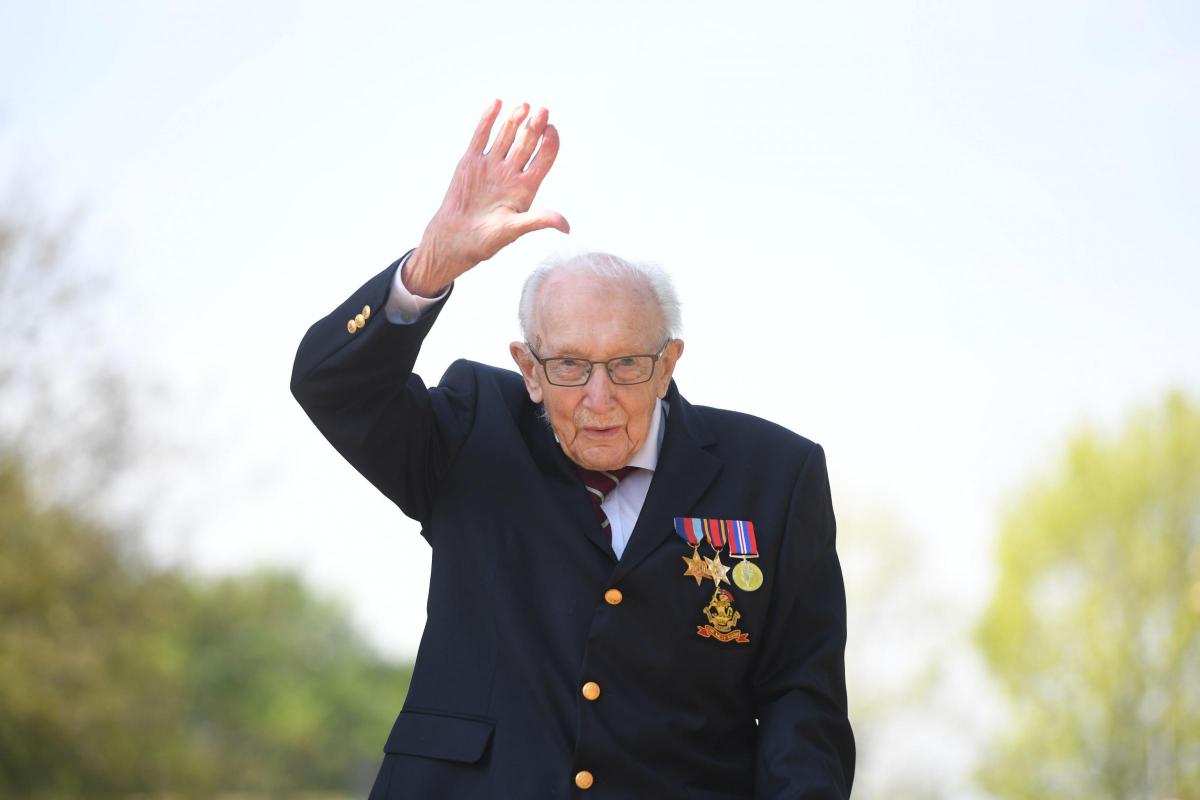 Thomas Moore, born 30th April 1920 in the Yorkshire town of Keighley, today celebrates his 100th birthday, marked in a number of ways, including a flyby from a Spitfire and a Hurricane. He received over 140,000 birthday cards, and was appointed as Honorary Colonel of the Army Foundation College.

Moore served in India and the Burma campaign during the Second World War. He later became an instructor in armoured warfare. After the war, he worked as managing director of a concrete company and was an avid motorcycle racer.

On 6 April 2020, Moore began a fundraising campaign to raise money for NHS Charities Together, a group of charities supporting staff and volunteers caring for COVID-19 patients in the British public health services. He aimed to complete one hundred laps of his garden, with the help of a walking frame, branding the endeavour "Tom's 100th Birthday Walk For The NHS.

Keighley Town Council stated that they will grant Moore the Freedom of Keighley. Moore also opened, the NHS Nightingale Hospital Yorkshire and the Humber, in Harrogate, on 21 April. The Keighley Bus Company named one of their Optare Versa buses Captain Tom Moore on 20 April.

"Your heroic efforts have lifted the spirits of the entire nation. You've created a channel to enable millions to say a heartfelt thank you to the remarkable men and women in our NHS who are doing the most astounding job.

"Captain Tom, that is exactly what you are - a point of light in all our lives."

We salute you Colonel Tom Moore.